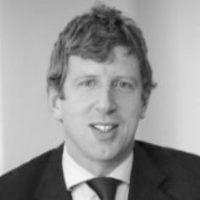 Ben is the brother of Firefly Founder Ellie Maxwell and has been a trustee of Firefly International since 2016. He is particularly closely affiliated with Svitac (Firefly Bosnia), which he has visited a number of times, mainly as a volunteer at Svitac’s youth summer camps. Ben also works to support Firefly’s fundraising efforts, including via a fundraising bike-ride in 2009 through Slovenia, Croatia and Bosnia which ended at the old bridge at Mostar, where Ellie originally developed the idea of Firefly. As well as being a trustee, Ben sits on the event committee for Firefly’s annual gala concert which helps to raise awareness and funds for the charity’s various projects. Ben works in sustainable and responsible investment (SRI) at a leading European investment management business, where he focuses on addressing the environmental and societal impacts of the firm’s investments; he sits on the company’s Staff Charity Committee, which directs donations raised by staff members towards a range of charities in the UK. Ben graduated from Newcastle University in 1998 with a degree in Classics, and is a keen photographer, having supported Firefly by taking and exhibiting his photos.